There are several variants of breathingWim Hof.

The breathing technique remains similar in the different variants but the protocol changes (apneas, rhythm and intention).

In this article, I will focus on the basic breathing technique to explain its physiology.

In this video, find the explanation in French of breathing Wim Hof and the mistakes to avoid. 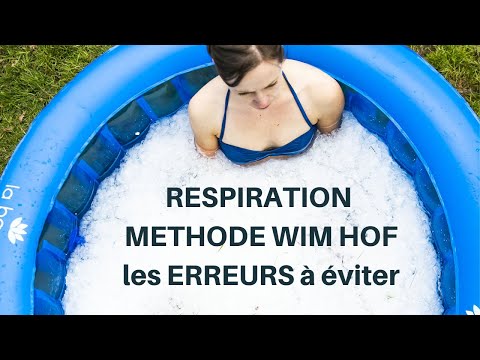 The basic respiratory protocol includes about 30 full breaths, preferably with the nose, each followed by passive breathing. Complete breathing begins with ventral breathing with the diaphragm and goes through intercostal breathing, ending with breathing in the chest (some also do a last clavicular part).

The inhalation is therefore ascending and the exhalation is "in the atmosphere", i.e. relaxed and effortless (we also say 2/3 or 70% of a total exhalation).

After the 30 breaths, on the last exhalation, one ends with an apnea with empty lungs (almost empty because the exhalation is at 2/3) to hold as long as possible but without forcing (until the first sign of body spasms of the involuntary contraction of the diaphragm type). We breathe in at the end of the apnea fully and by keeping the air we do a full lung retention phase for 15 seconds. Once these steps, which form a complete cycle of breathing, are completed, 2 or even 3 more cycles are repeated.

2) Breathing Wim Hof - the science and effects on the body

In this paragraph we will go into more detail about the science of breathingWim Hof.

During the 30 breaths (deep and complete) one gets oxygen and reaches an oxygen saturation in the blood of 99% (the breathing phase resembles a controlled hyperventilation, also called hypocapnia).

To measure the oxygen saturation of the blood, the ratio of oxyhemoglobin to hemoglobin in the blood is determined. The normal saturation of a healthy and resting person is more than 95%. The role of this active breathing phase is also to significantly reduce the concentration of CO2 in the blood. During the apnea phase the oxygen concentration drops (even up to 50% saturation, see Wim's explanations in the online courses Fundamentals or try it for yourself with an oximeter at home).

When the CO2 concentration begins to increase until it reaches the body's maximum CO2 tolerance level, the amount of CO2 in the blood activates the need to breathe. This is achieved by chemoreceptors that trigger breathing if the CO2 pressure has reached a maximum threshold (depending on how well everyone is trained to tolerate CO2).

You can see this threshold in the following Figure 2 with a horizontal blue dotted line.

With a typical Wim Hofbreath, we decrease the need to breathe (long apnea) because we reduce the concentration of CO2 during breathing, which makes it possible to hold longer in apnea and drastically reduce the oxygen saturation during apnea (with apneas that can easily last 2-3 minutes). Normally with daily breathing during apnea the maximum CO2 tolerance threshold is reached before reaching the physiologically tolerable minimum threshold of oxygen concentration (shown in Figure 2 with the horizontal red dashed line).

After a breathWim Hof, the initial CO2 to apnea is very low and therefore the increase in CO2 concentration takes longer than the decrease in O2 concentration. This, for novice practitioners, can cause a loss of consciousness followed by automatic breathing (initiated by the central nervous system) to rebalance the O2 and CO2 concentration. This is still safe, but breathing Wim Hof should not be practiced for diving or freediving in the water.

It is also necessary to practice lying or sitting breathing.

Figure 2: Variation of O2 and CO2 concentration in the blood during the whole breathing process: left is normal breathing and right is breathingWim Hof.

Breathing is also accompanied by tingling and tingling in the extremities (and lips, face etc.). This is due to the fact that breathing considerably reduces CO2 in the blood during the 30 breaths. A low concentration of CO2 leads to an increase in the pH in the blood (a significant part of the CO2 is converted into bicarbonate ions which will dissolve in the blood and regulate the blood pH. The pH may change slightly on the base and increase from 7.4 to 7.7 as shown in Figure 3).

I will talk about this phenomenon in another article: analgesic effect of cold (see in the Blog)

The increase in pH also has an impact on the Bohr effect and the link between hemoglobin in the blood and available oxygen (hemoglobin affinity to O2).

When the CO2 concentration is low and the pH is alkaline the bond between hemoglobin and O2 is strong and the O2 is not released to the tissues quickly, but remains available in the blood. Nevertheless, at the beginning of the respiration a large amount of oxygen starts to be stored in the tissues (which explains, for example, the apnea pump exercise proposed by Wim Hof and the fact that you can do much more than usual even when you are in apnea without breathing).

And also because the oxygen in the blood is then gradually released to the tissues throughout the apnea (or apnea pumps), and the oxygen saturation in the blood drops, CO2 increases and tissues and muscles feel a kind of tetanization and tingling.*

Excess oxygen due to hyperventilation can cause muscle stiffness at a tissue level that can be seen in the extremities (the "T-Rex" or "midwife" type hands that are often seen with the deep breathing led by Wim in Poland).

In the nervous and endocrine system: happy hormones such as serotonin, dopamine, oxytocin, noradrenaline are produced in hypoxia (lack of oxygen towards the end of apnea) to activate a state of relaxation that activates the vagus nerve to stimulate breathing.

In addition, CO2 is a vasodilator and therefore its low concentration determines vasoconstriction (e. g. hands and feet can become cold).

The physiological result of breathing is therefore to promote the production of hormones of happiness and a state of stress with adrenaline production that activates the metabolism and stimulates the body to react and then reach a state of balance (hormesis by apnea).

Figure 4: Variation in body physiology during 2.5 hours of WHM breathing and then in the following hours without WHM breathing.
Extract from the scientific study of endotoxin by Wim and his students

To go further: breathing also Wim Hof impacts cardiac coherence and its variability. For this fascinating subject I will write another article soon.

3) To summarize on physiology

The different phases during the breathing cycles:

- Oxygen is carried by the red blood cells. These cells are composed of about 1/3 of a protein called hemoglobin. When hemoglobin is oxygen loaded, it is called oxyhemoglobin.

- The Bohr effect: is the increase in hemoglobin affinity for oxygen (O2) when the partial pressure of carbon dioxide (CO2) is reduced or the pH is increased. The partial pressure of carbon dioxide is high in the tissues. The Bohr effect then implies an optimal release of the oxygen (O2) carried by the hemoglobin, in the muscles during physical efforts in particular.

- In Figure 4 graph D we observe that during breathing there is a reduction in bicarbonate (decrease in CO2 which is vasodilating, therefore vasoconstriction which explains the cold extremities but also can explain tissue tetany, cramps or muscle contractions linked to a decrease in intracellular calcium). It should also be added that the tetany that can be observed during the active breathing phase (especially in new practitioners), can be caused otherwise by neuromuscular hyperexcitability due to nervous excitation by the sympathetic system, or spasmophilia, sometimes called hyperventilation syndrome (considered benign because not pathological).

- Thanks to a high concentration of O2 in the muscles, a higher amount of ATP can be produced in the tissues and therefore the available energy (cellular metabolism)

These two systems control the activity of the internal organs by opposing actions as shown in Figure 5. Their fibers communicate with cells in smooth muscles (found in the walls of many organs), heart muscle, glands and immune system cells.

In this video, you will find our tips for good breathing Wim Hofpractice. 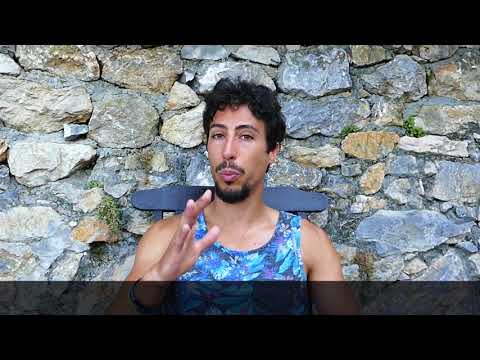 With my scientific background (I am an engineer and not a doctor) I have tried to explain to you (in some detail) the basic physiology of WHM breathing, thanks to the research I have done during my years of practice and the different resources available to instructors. Breathing physiology Wim Hof remains complex and requires further scientific study. My deep conviction is that to fully understand this breathing one must practice assiduously and consistently for at least a year (even if Wim Hof it can change people's lives in 5 days with its method). A purely scientific explanation (out of the books) uncorrelated to the experiences lived during this breathing can only remain incomplete.

If you have something to contribute to enrich this short article, I can only thank you for helping others to better understand this famous and "still investigating" breathing.

See you soon for more on breathingWim Hof,

Matthijs Kox, et al (2014) Voluntary activation of the sympathetic nervous system and attenuation of the innate immune response in humans

Discover our next workshops!

2 exclusive videos by Leonardo Pelagotti - THE POWER OF BREATHING

An eventful summer at Inspire Potential !

By continuing to browse this site, you agree to the installation and use of cookies on your computer, in particular for audience analysis purposes, in accordance with our privacy policy.